Myths and facts: a guide to dental health in pregnancy

Plus the three products you should avoid! 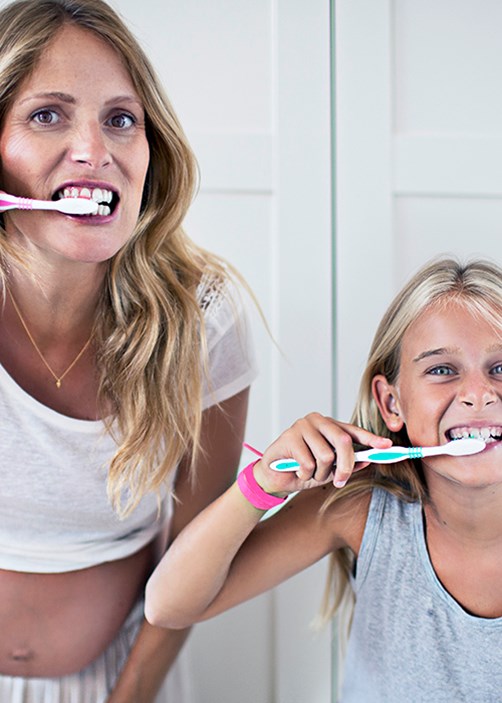 Plus the three products you should avoid!

Your body goes through lots of changes during pregnancy, and even your teeth are affected by this. Dr David Hills, dentist and founder of iNEEDa Dentist busts five myths about pregnancy for us.

Myth: I can go to the dentist at any time during pregnancy
Fact: "Ideally you should have a dental check-up and get the all-clear from your dentist before falling pregnant, as dental treatment during pregnancy is best avoided. If treatment is needed, the safest time is during the second trimester of pregnancy."

Myth: You should eat whatever your body is craving
Fact: "Most women experience food cravings during pregnancy – I know my wife certainly did! But sugary treats may result in unwelcome cavities which is why I recommend trying to replace sugary foods with high protein alternatives." Try a healthy smoothie or snack on cheese instead.

Myth: Babies deplete the calcium in your teeth
Fact: "It’s a commonly-held belief that kids suck the calcium out of their mother’s teeth but it’s a total myth. Contrary to popular belief, your body doesn’t use your teeth as a calcium store to build your growing baby’s bones!"

Myth: Bleeding gums aren’t normal
Fact: "Many pregnant women experience bleeding gums when brushing and flossing, and the gums can appear red and swollen. Caused by hormonal changes, this is called pregnancy gingivitis and the symptoms should resolve after bub arrives."

Myth: I can use all my usual products in pregnancy
Fact: "Try to avoid toothpaste containing triclosan (eg. Colgate Total) during pregnancy as there have been concerns over its impact on foetal development. Mouthwash should also be avoided (due to the alcohol content) and tooth whitening with bleach isn’t recommended either so you should stop using your take-home kit too."

Dr David Hills is a dentist and the founder of iNEEDa Dentist, a comparison website that connects Australians with their ideal dentists.

Nicola Conville has worked as a journalist and editor for more than 20 years across a wide range of print and online publications. Her areas of expertise are parenting, health and travel. She has two children; Lucy, age eight, and Nathan, age five.

Five pieces of mum advice that you should actually listen to…

Five pieces of mum advice that you should actually listen to…

Bleeding in pregnancy, labour and after birth